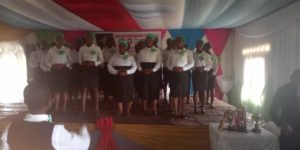 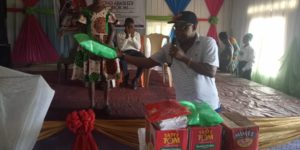 In his opening address, the convener and sole sponsor of the Christmas Festival, for ten consecutive years now, Akparawa James N. Edet, NPOM, expressed his gratitude to God for having initiated the festival, ten years ago, and for sustaining the vision of the programme by providing the sponsorship of the event, unceasingly, for a decade, through the favour and grace He has given to his family. He prayed to God for continued enablement as he requires no partnership in the sponsorship of the annual event.

One of the highlights of the 2019 edition was the presentation of “Awards of appreciation” to key contributors to the success of the festival so far, Engineer Essien Akpan Udõh, PhD, and Elder Ndifreke Godwin Akpan.

In his speech at the occasion, the traditional father of the day and “Ette-iduñ” of Ikõt Ayan Itam, ‘Õbõñ’ John Uduk, harped on peace and truth among the people; as these are ingredients of unity and development in any civilised society.

Some of those present at the event was